Well, it’s been almost a year to the day since my last blog post. I’m very behind on my travel writing, but more importantly…I haven’t written anything about the fourth anniversary of my “Lifestyle Change.” For shame!

And so it goes. Since 2013, I’ve kept up with writing a blog around New Years commemorating what I call my “Lifestyle Change.” In early 2014, I wrote about my decision to get healthy after trying a 3-day juice cleanse. (I’l never do that again, but I still credit it for getting me started!) By the end of the year, I had reached my goal–not a number on the scale or a pants size–but the goal to commit myself to changing my eating and exercise habits for good. Because after 10 years of yo-yo dieting, I really needed it to stick this time. In 2015, I was living in Japan and training for my first half marathon. It’s hard to believe that only a year and half before that, I was barely able to huff and puff a mile down the street without some serious side pains.

In 2016, I wrote about being happy with my body for the first time ever. The novelty of having shed 50 pounds two years prior had worn off–I was just grateful to finally be content in my own skin.

And in 2017…oh wait, I didn’t write anything about 2017. Why? Because I had stopped running. Though I stayed in shape with hiking around New England (and Hawaii!) and walking around the city (perks of being a city dweller), it didn’t give me that same gratification as running did. My solo runs used to be my sanctuary, my safe space. But I just couldn’t bring myself to run last year.

To be fair, the first part of 2017 was quite rocky for me. And I can only blame my lack of exercise on the frigid Boston winter for so long–just as it’s effortless to fall back into unhealthy eating patterns, every excuse I made to stay curled up in bed instead of dragging my butt to the gym in the mornings got easier every time.

“I know what I need to do to make myself feel better,” is a phrase I’ve been telling myself for years. But the real challenge is: how do you bring yourself to do what’s best for you when it feels impossible to start? 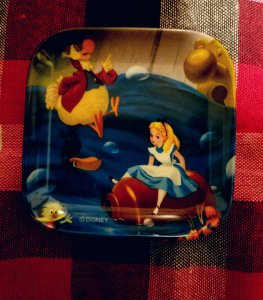 “I do mean impassible. Nothing is impossible!” ~Door

All right, back to 2018. At the beginning of this year, I felt ready to start taking better care of myself. I got over being annoyed for logging less than 10 runs on my Strava app in 2017. Everyone is allowed to have setbacks, right?

And here I was again, kicking off the new year with big plans to hit the pavement and train for another half marathon before my next birthday–but I confess, I’ve turned off my morning run alarm every single time this year…except for once. Whoops.

Now that the long and arduous New England winter is behind us and spring has finally arrived, I’m officially out of reasons to stay in bed in the morning. I’m turning 30 (flirty and thriving) next month, and like I said, I need to train for that next half marathon before my birthday!

But that won’t be happening any time soon. I’ve learned that I don’t always have to take on the most challenging tasks though. It’s not that I don’t want to push myself anymore–I just think there’s something to be said about tiny victories mattering just as much as the big ones.

So exactly one week before I turn 30, I’ll be running a 5k with the Rise Academy Girls Running Club in New York City, an amazing program started by my best friend’s cousin to encourage her young students to start running. I’ve sponsored a girl in 5th grade, and we’ll be running across the finish line together on Saturday, June 2nd. We’ve already been emailing and talking about our favorite foods and colors.

I think this will be my most rewarding run yet.